The Straight and Narrow 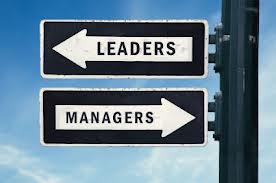 The quickest way, the shortest distance between two points is a straight line; always a straight and narrow line.

Peter F. Drucker’s words boil down to this: managers get to where they are by doing things correctly as measured by their company’s standards of success. Sometimes, doing the right thing may be unpopular, lose revenue or upset a customer. True leaders in business understand this and do the right things.

Successful Businesses must stay on the straight and narrow. Those who lead companies responsibly with integrity will not only prevail, but create a culture that attracts good people.

Today’s popular culture seems to condone questionable, sometimes immoral behavior. Reality TV celebrates it. Those in power may feel tempted to cut corners or act dishonestly to achieve their goals. This could be a byproduct of a lack of checks and balances. Despite how it may look today, in the end history celebrates honesty.

As Seen on TV

In today’s entertainment world, reality TV dominates. This genre celebrates drama, backstabbing and dishonesty. Look no further than Bravo’s Real Housewives franchise. While it makes for entertaining, mindless television, it promotes a dangerous message. That spreading vapid, baseless rumors gain people popularity, wealth and stardom. This mentality permeates into politics as the press shines a constant spotlight on turmoil in Washington over progress.

Morality and politics seem to possess a complicated, contentious relationship. In the ever polarizing political landscape, our politicians only speak to our confirmation biases. In other words, selectively highlighting facts in their rhetoric that only confirm what their base already believes to be true. While politicians do lie, they more often selectively exaggerate facts to distort the truth.

The narratives all sides of the aisle choose to espouse only harden their frame of reference. It’s no wonder those in power only dig in their heels instead of working with their colleagues to effectively collaborate.

In addition to drama, our society celebrates status symbols. Instead of paying over $1000 for a Louis Vuitton handbag, why not just spend $100 on a knock off? People will think you own the real thing. While most people view this as harmless fun, it illustrates how desensitized we’ve become to superficiality. While the handbag example may seem benign, this attitude towards fakes or doing things cheaply under the radar can be dangerous in business and lead to serious legal ramifications.
Lack in Checks and Balances

Does your organization thoroughly audit itself? Checks and balances should be built into your corporate bylaws. When creating your checks and balance systems, think about internal conflicts of interest. Make sure those in positions with emphasis on compliance (i.e. accounting, trade compliance, HR) are incentivized to act thoroughly, independently and with transparency.

For very small businesses, complex checks and balance systems may not apply or even be possible. Remember, it’s important to act as if you’re always being audited. A wise LinkedIn meme once said, “Dance as if nobody is watching, email as if it will be read aloud in a deposition.”

History tells the story of those who did business the right way and those that cut corners. The demise of Enron will forever embody the infamous legacy of corporate greed and dishonesty. The CEO utilized market-to-market accounting to hide their losses. Profits were prematurely reported and losses went totally unreported. The collapse of the Wall Street darling provides a warning for cultures that accept or even condone dishonesty for the sake of the bottom line. In the end, people can lose their jobs or worse all for the sake of gratification in the short term. Because doing the right thing is hard, damn hard.

Payoff is there for honest businesses. Billionaire CEO, Jon Huntsman Sr., popularized the honesty in business movement in his book, Winners Never Cheat. In the book Huntsman writes,

“There are no moral shortcuts in the game of business or life. There are, basically, three kinds of people, the unsuccessful, the temporarily successful, and those who become and remain successful. The difference is character.”

PR giant, Edelman, publishes an annual “Trust Barometer”. It measures the public’s general trust in four major pillars of society; Business, politics, NGOs and media. According to Edelman’s research, public trust in all four is deteriorating. Just doing the right thing isn’t sufficient. Companies and institutions must go out of their way to regain public trust. Integrity must be exercised internally and displayed externally.

Forbes publishes an annual list of the world’s most ethical companies. It honors companies scoring high in categories including corporate governance, cultures of ethics and reputation. Some of the companies topping the list may not be familiar to most. Major US companies recognized on the list include GE, Starbucks and Accenture. These organizations demonstrate that profitability, longevity and integrity all go hand-in-hand.

When hiring new employees, use your own trust barometer. Make sure that the candidate is not only qualified but is trustworthy and will do the right thing. Perhaps add a question about ethics in the interview and see how they respond. Remember, a company’s greatest asset is its people. When you hire honest, trustworthy employees you only make your business that much better.