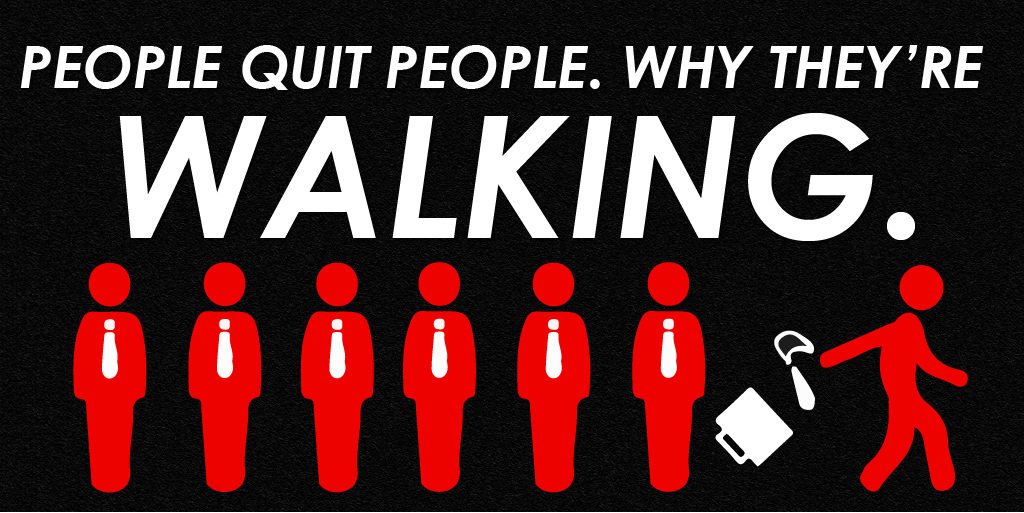 It’s no secret that today’s job market is as hot as it has ever been. With an estimated 11.2 million jobs open in the current US market, current employees have every opportunity to jump ship. In May alone 4.3 million workers quit their jobs. But why would they want to?

To put this to the test, we polled our network of LBM candidates and had 2,631 respondents. We asked the following question: 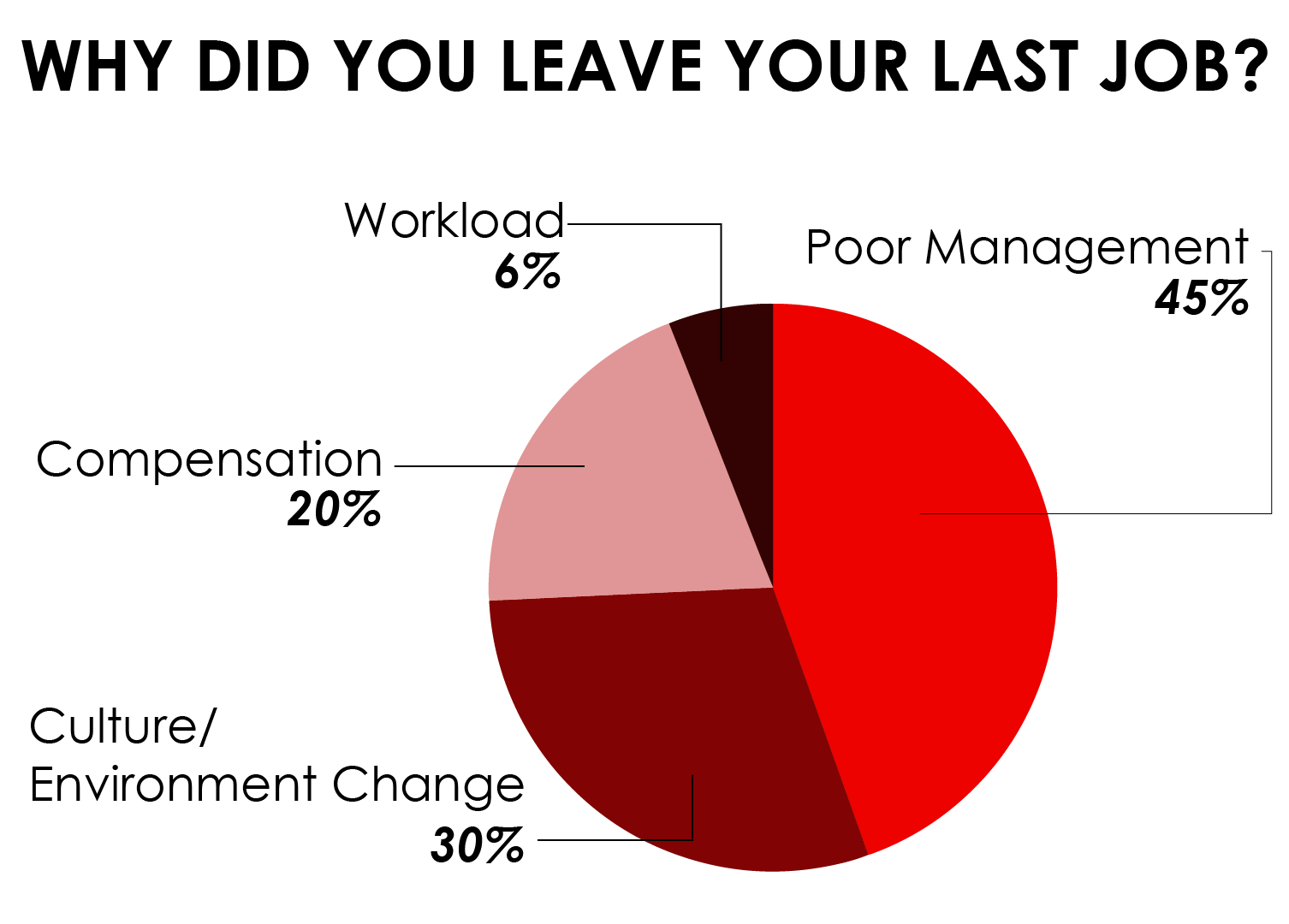 Are you surprised?  Would you have guessed that more people left for being “Over-Worked and Under-Paid”?  Not surprising to us, the results were what we expected. Overall, 75% of our voters named poor management and culture/environment change as the two main reasons for leaving their jobs. Only 26% accounted for workload and compensation as their main reasons for quitting.

Some takeaways for all of us.  Clearly, the LBM employee does not mind hard work and feels that he/she is paid fairly.  However, three-quarters of those who left their job were feeling that the culture had changed or that their manager’s treated them poorly.  This should be a reminder of how much people really care about the management they are receiving as well as the kind of environment they are working in.  Unfortunately for most companies is the fact that when people quit, the likelihood of them telling you that they are quitting due to the fact they dislike your management style, or your work environment is slim to none.  They are leaving and most of us will steer clear of a confrontation, especially on the way out the door.  Owners and Managers need to be mindful that with all the changes going on in the LBM industry, culture often suffers.  This is especially true when a small family-run business is swallowed up by a larger corporate entity.  Here’s some additional thoughts:

In an article published by The Harvard Business Review, the authors stated, “many people don’t quit their jobs, they quit a boss” (Goler, Grant, Gale, and Harrington. “Why People Really Quit Their Jobs.”) Another source stated that 75% of employees consider their direct manager to be the “worst part of the job” and concluded that great managers boost employee productivity by an average of 11% per employee and have lower turnover on their teams. (Why Employees Leave Managers, Not Companies (And What To Do About It), Lighthouse).

The same can be said about culture change.  We spoke with an anonymous source in the LBM Industry, who feels that, “People don’t quit companies, they quit people. 90% of the choice is emotional, and 10% of it is logical.”

This again goes to show the fact that people do not always like the cultural changes that occur in a merger or other significant changes within an organization.  This should be a reminder to Managers, CEO’s and Owners to improve company culture and management style before it catches up to them.

In a separate article by LBM Journal Readers “Recruiting Outside The Box” it was quoted that “the most important thing to remember is employees will only rise to the height you set the bar. Bad culture and employment practices are finally catching up with many employers, as employees now have ample opportunities and are often choosing the employers with the best practices and culture instead of the highest paying salaries.” Some sound advice offered in the article to help with this is not to forget to “challenge your employees and reward their work ethic. Attitude is infectious, whether it is good or bad.”

This new information is a lot to chew on given the surprise that people no longer care as much about the salary being offered as we so previously believed compared to the management and culture being provided by a company. Now that we know what’s got ‘em moving, what are you willing to do to keep ‘em?