Putting Your People Skills to Use 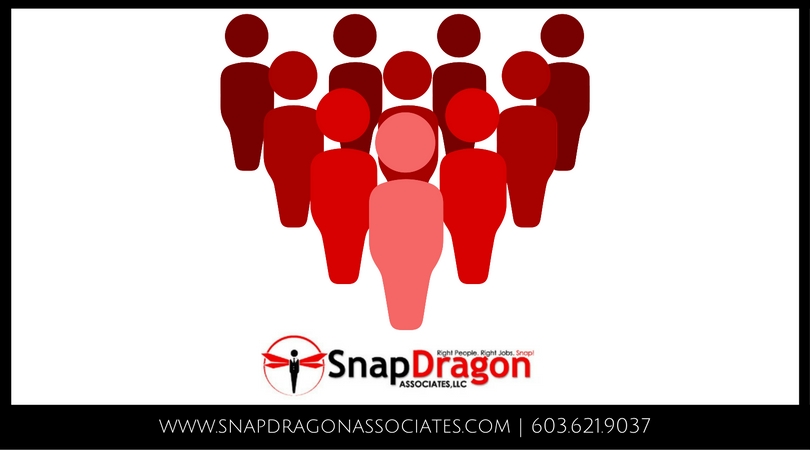 When I first went to college, I planned on coming out of school with my teaching certificate to become an educator. My plan was to be hired by a well-established elementary school and eventually have my own classroom. The summer after I graduated, my Dad asked me to come work for his recruiting firm, SnapDragon Associates. My first thought was, “I have no idea how to recruit.” He reassured me that I would be fine because I was a “people person” and I would pick up recruiting quickly. Being that school was out for the summer, I decided that I would give it a try for a few months, until I could start applying to be a teacher.

Over three years later, I still work for SnapDragon Associates. I never ended up pursuing a teaching role, and there has not been one day that I have regretted my decision. I learned quickly, that my Dad was right. I was a natural within the recruiting world whether it was making calls, sending emails, matching candidate’s personalities and skills to the right company, or simply doing industry research. It took no time at all for me to really dig in and get a network started and this was all because I was then, and am still, a people person.

What do I mean by the phrase “people person?” In my opinion, being a people person is someone who is a mixture of the following: social, outgoing, communicative, listens, empathetic, passionate and caring. I am those things, and in every job I have ever had, I have shown those characteristics and have been highly successful in every role I have taken on. I’ve learned that when you genuinely love people, are intrigued by their individual stories and have a little common sense, it can take you far.

My point is simple. If you have the social skills, drive, and can be this so-called “people person,” you can take that to any industry, in any role, and for any company. I truly believe that and I think that if more people could think outside of the box, they would find that they can be successful in a lot of different ways than they ever imagined.